Haleh Nematzadeh presents a new collection for the Spring/Summer 2013 season titled, Gonna Walk The Night. After a few seasons creating custom work for special clients and adding music to her medium, Haleh Nematzadeh returns with more focus than ever. The fifteen-look collection is an autobiographical film-like journey of a young woman peering into the underbelly of civilization, exploring what is generally considered painful and taboo in our society. Gonna Walk The Night celebrates the necessity and the beauty of pain in its different forms.

Spring/Summer 2013 maintains Haleh’s ongoing testament to the relationship between high fashion, subculture, and music. Her collections are representations of subcultural movements occurring within society. She is able to translate these visions into carefully curated collections that simultaneously share her personal story. Haleh Nematzadeh is renowned for experimenting with breakthrough treatments, mixing textures and fabric techniques to design distinctive pieces and this season is no different. For Spring/Summer 2013 the collection pays an authentic homage to the fetish industry and includes a collaboration with Klawtex, a New York-based costume company specializing in latex and other special fabric production. The collaboration produced exclusive latex pieces titled, Klawtex xx Haleh Nematzadeh.

Haleh Nematzadeh was born in Tehran, Iran and raised in New York. She graduated from FIT with an emphasis in knitwear. She worked as a designer in the contemporary market and designed custom garments for Patricia Field. Haleh Nematzadeh launched her namesake collection in 2008. Her work has been featured in Elle, Vogue, Paper Magazine, WWD, Italian Vogue, and worn by Rita Ora, NERVO, and Gwen Stefani among many others. 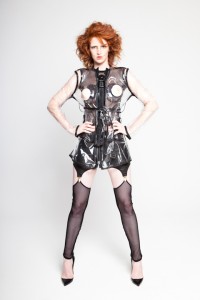 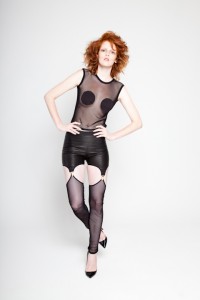 Go Back to Top